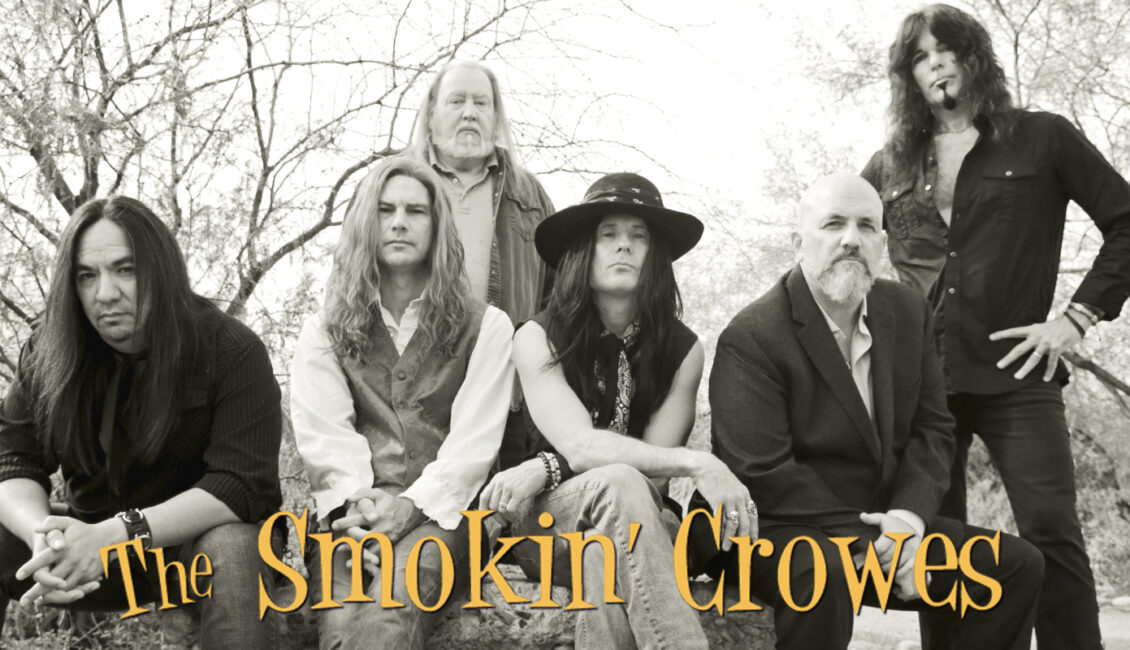 A TRIBUTE TO THE BLACK CROWES

Based out of Phoenix, AZ, The Smokin’ Crowes – A Tribute To The Black Crowes, labeled by Melody Maker as “The Most Rock N’ Roll Rock N’ Roll Band In the World” and voted ‘The Best New American Band’ by Rolling Stones readers in 1990, six dedicated musicians celebrate the high swagger, boogie, and bravado of the classic vintage style rock and roll that is The Black Crowes. Re-creating a raucous cocktail of bar-room blues and soulful nostalgic back-to-basics raw hard-rock, The Smokin’ Crowes are their own beast, blasting out authentic rock in a way that is both traditional as well as inspiring. From subtle to stun, The Smokin’ Crowes sound as good live as the album recordings.

Created in August 2017, guitarist Noel A R Allison wanted start a more unique and special tribute that was not yet another copy of the oversaturated market of too many tributes representing the same artists, none the less being a true fan of The Black Crowes. All recruited members have a special connection to this music and it most definitely shines in each of their live performances that resonate back to the crowds that make for an outstanding aural experience.

Song selections lean heavily from the 5x platinum debut album “Shake Your Money Maker” and the multi-platinum sophomore record “The Southern Harmony and Musical Companion” as well as choices from the gold selling “Amorica” and “By Your Side” releases respectively.