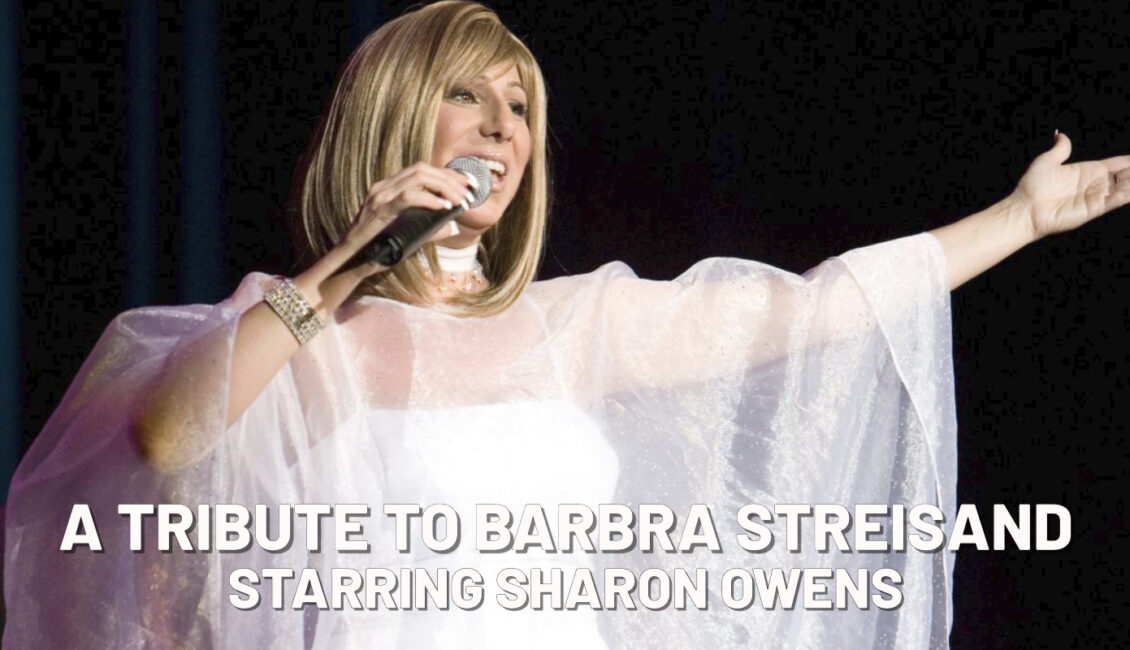 Sharon began her career as a Streisand Tribute for the multi-million dollar production show Legends in Concert. She then continued on to Berlin, Germany performing for “Stars in Concert”. Her uncanny resemblance to both voice and looks propelled her career to the status of headlining in her own show “Barbra and Frank – The Concert That Never Was”.  Voted Best of Las Vegas in 2008, her award-winning show ran for 6 years in succession on the Las Vegas Strip, ending only when the Riviera changed ownership of property and closed for renovations. During her time impersonating Streisand, she won a national competition in 2005 on Fox TV called “Performing As…” as well as making it to the finals in 2007 of the ABC hit show “The Next Best Thing”.

She has performed for Access Hollywood, Extra, been seen in People magazine and TV guide as one of the best “impersonators” in the world. In 2010, Sharon spent a 6-week engagement on the West End of London selling out 32 shows to a very pleased and impressed critical London theater audience. She also toured Australia, Canada, Holland, Belgium and Asia.

Her incredible voice does mimic the sound of the incomparable Streisand style yet her voice as a solo artist, has a style all her own. She masters the American Song book as well as sings her favorite standards of all time. She has her Master’s degree from Chapman University and a BA from the University of South Florida. College-educated, world-traveler and a veteran of the entertainment business, Sharon Owens “Tribute to a Funny Girl” will bring back “Memories” and be an audience favorite for your series.