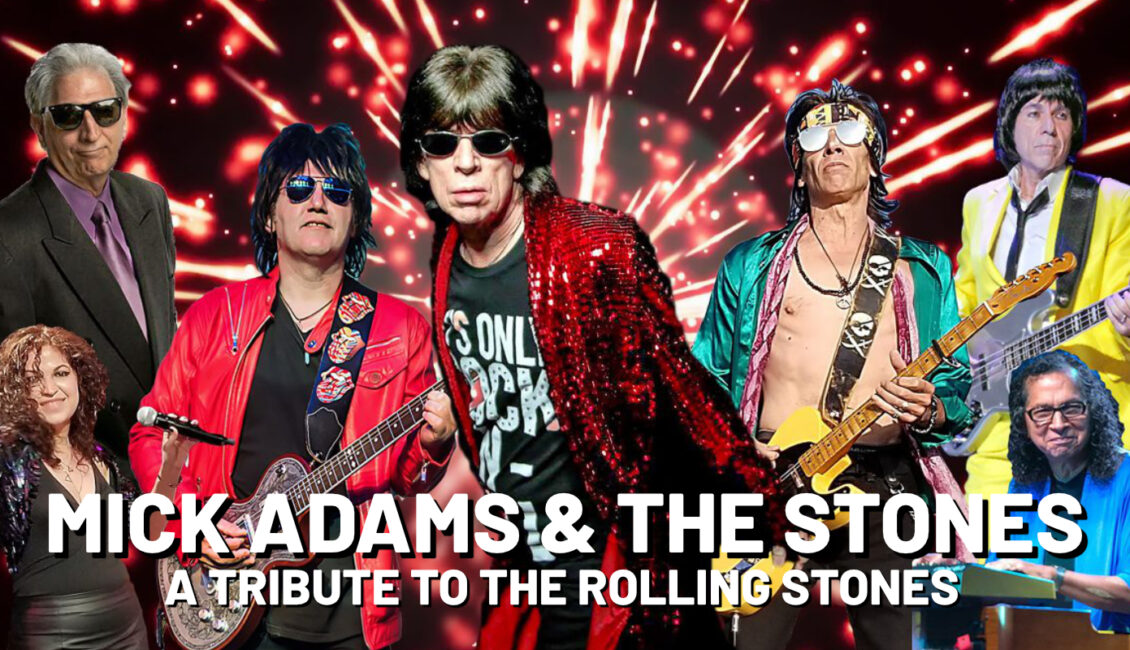 Endorsed by former Atlantic Records President, Jerry Greenberg, Ryan Seacrest, and Mark Cuban, this band must be seen to be believed! According to Jerry, “It doesn’t get any closer than this!” Mick Adams and the Stones have been featured twice on National TV’s The Worlds Greatest Tribute Bands and were the only band chosen by Mark Cuban out of seven seasons of the television show to perform a private concert for Comcast and AXS Television in January.

This exciting seven-piece, live recreation of The Stones in concert, features look-alike performers, multiple costume changes, full choreography, and an all-new media show. The energy is through the roof and the band will have you dancing and singing along with every song!