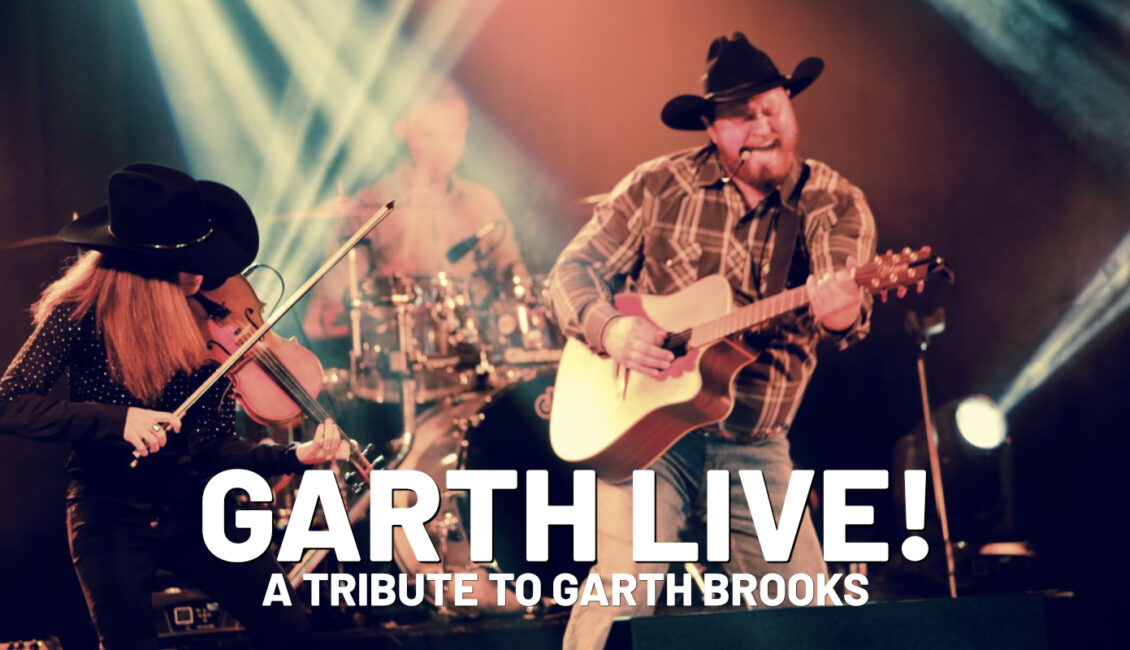 THE #1 TRIBUTE TO GARTH BROOKS starring DREW BALOH.
Having played to sold-out crowds across the U.S., GARTH LIVE! is a stunning tribute to the music of Garth Brooks featuring Drew Baloh, who has an uncanny resemblance to legendary country music icon Garth Brooks. This production is a tribute to some of the greatest music produced in the 90’s country era including monster hits such as Friends in Low Places, The Thunder Rolls, The Dance, Much Too Young (To Feel This Damn Old), Ain’t Goin’ Down (til the Sun Comes Up) and countless others. From Garth’s earliest hits to Live in Central Park, GARTH LIVE! will take you on a Country music journey that is unmatched.