FOUREVER FAB – A Tribute To The Beatles 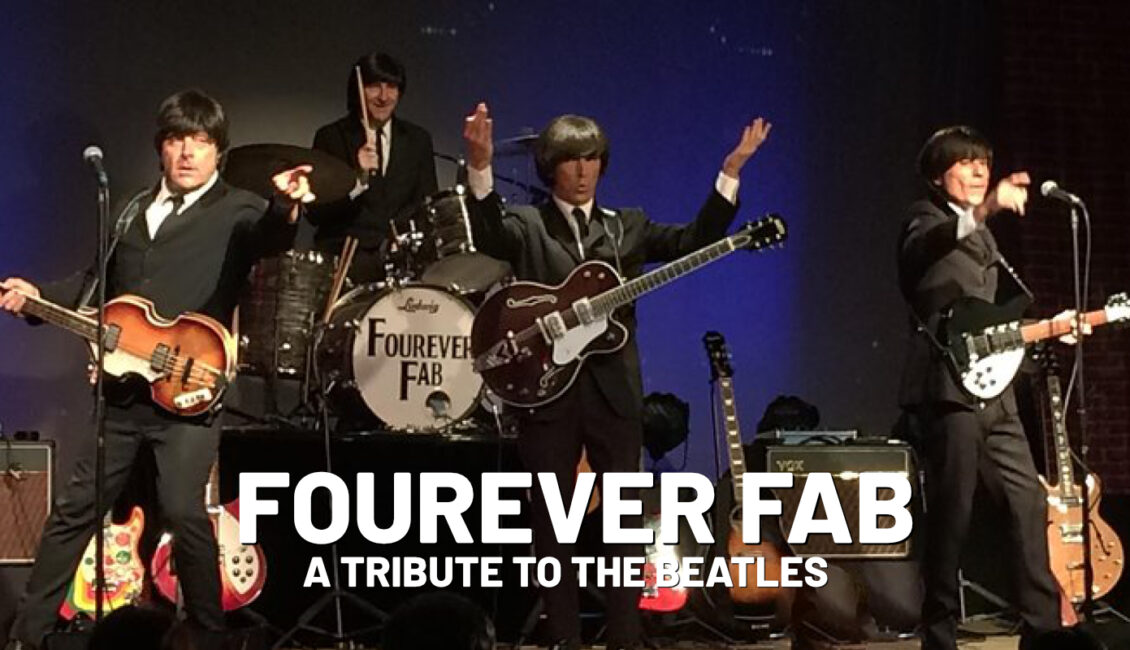 Fourever Fab and its founding members have been performing the hits of the world’s most-loved lads, The Beatles, for over twenty years.  From the Asia-Pacific to the east coast of the US, audiences have fallen in love all over with the magic that is recreated by this band.  It is with a labor of love and respect for the greatest songs in popular music that Fourever Fab continues to perfect their performance with sound-alike vocals and the original instruments to pay tribute to the songs that defined a generation.  These timeless classic rock and roll songs have not been lost with that generation; today’s young audiences love them as equally as the baby boomers!

The Show starts with the ‘black and white’ period, performing the songs over 70 million Americans saw as they sat glued to their television set in 1964 watching  “The Ed Sullivan Show” like ‘All My Loving’, ‘Hard Days Night’, ‘Help’, and ‘Twist and Shout’, to name just a few.  The ‘Shea Stadium’ period follows, recapturing the energy and excitement of the once in a lifetime concert tour with songs like ‘Day Tripper’, ‘Nowhere Man’, ‘Can’t Buy Me Love’, ‘Yesterday’, and many more that were likely never even heard over all the screams!  Finally, take a stroll down Abby Road as Fourever Fab performs some of the greatest songs from the huge list of hits, ‘Get Back’, ‘Come Together’, ‘Hey Jude’, ‘Here Comes the Sun’, and the classic sing-along audience favorite (it has even been known to form a conga line!) ‘Yellow Submarine’, and so many more, with such a huge catalog to play from, it is never the same show twice!

Sing-along, dance, or just allow yourself to be entertained and transported to that magical place of love and happiness as only the music of The Beatles can do – their songs cross many boundaries including generation gaps, race, religion and cultural diversities…as they say, ‘All You Need is Love’.