BRITAIN’S FINEST – A Tribute To The Beatles 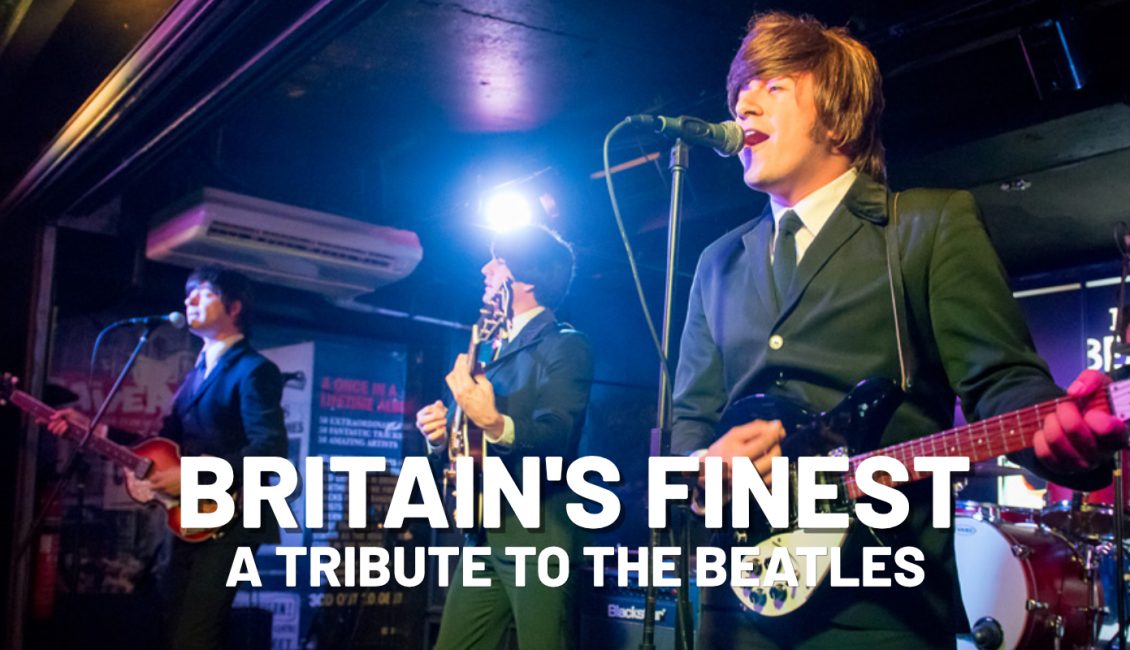 Britain’s Finest is an experience unlike any other. You may have seen Beatles tribute acts before, but this time you’ll be in awe of the enthusiasm and energy for which they are recognized and remembered. After every performance, audience members are struck at first by the incredible recreation of those oh-so-familiar songs the world has come to love, but then become mesmerized by the off-the-cuff humor and the cheeky banter that takes place between songs.

Britain’s Finest was featured twice on AXS TV’s “The World’s Greatest Tribute Bands”, they held the top four spots in the Volume 5 compilation song chart of the same name available on iTunes. On Chris Carter’s Sunday morning’s “Breakfast with the Beatles” show on KLOS 95.5, Chris Carter said, “Interviewing Britain’s Finest must have been what it would’ve been like interviewing the Beatles”, which was a huge compliment. Britain’s Finest was also featured in an article by Niki Payne on CBS Los Angeles, Best Tribute bands in LA. She wrote, “Britain’s Finest is as close to the real deal as you may ever find in this lifetime”. Lee DeCarlo, recording engineer for John Lennon’s “Double Fantasy” album said after a performance at a private event, “ You guys are really great, you remind me so much of the lads”.