MIRAGE – A Tribute to Fleetwood Mac 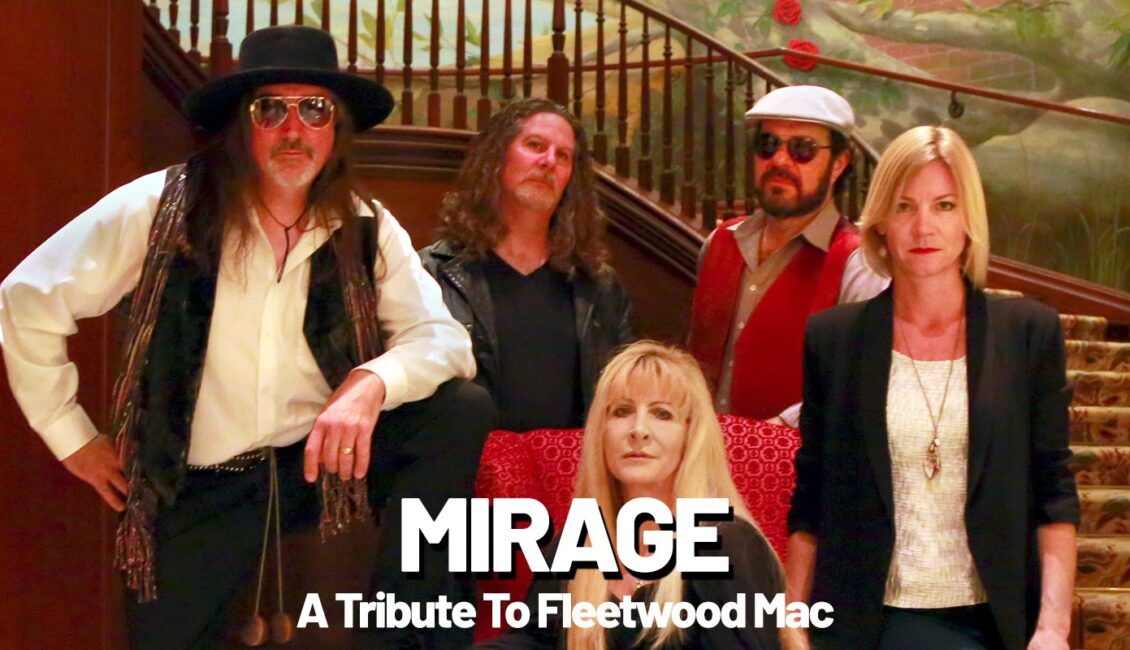 The Year was 1974 when two young California Singer-Songwriters, Lindsey Buckingham and Stevie Nicks joined the already established British Blues band, Fleetwood Mac. With Christine McVie, John Mc Vie and Mick Fleetwood, the band rose to legendary superstar status. Their groundbreaking album “Rumours” is still one of the best selling albums of all time.

“Mirage”, named after the bands’ third best selling album, features Michelle Tyler as Stevie Nicks, Bob Weitz as John McVie, Annie Boxell as Christine McVie, Gary Hagen as Lindsey Buckingham and Richard Graham as Mick Fleetwood. Based in Los Angeles, “Mirage”  has earned the top honors among tribute artists – endorsed by AXSTV  as one of “The World’s Greatest Tribute Bands” and heartily praised by the ‘real’ Stevie Nicks after she heard a performance. “Mirage” recreates the classic lineup with a strong stage show and every detail to authenticity. From the custom wardrobe to the spot on musical and vocal performances, “Mirage” takes you on a Journey celebrating the hits of  Fleetwood Mac in its prime.